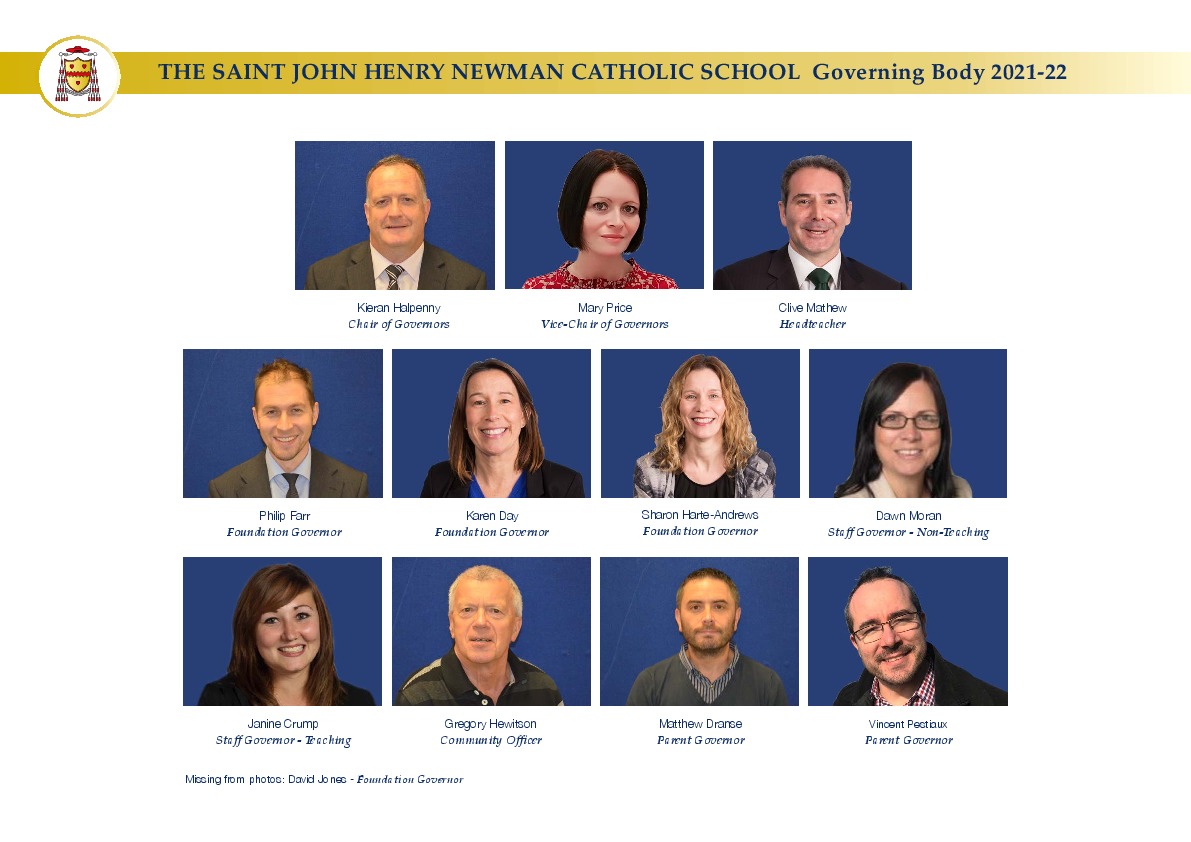 The Saint John Henry Newman Catholic School is a member of the Diocese of Westminster Academy Trust and converted to Academy status in March 2012.   Please see the information links below

The Trust Board receives regular reports as to the school’s progress in key areas, including pupil performance, risk assessments, financial audits and staff development.

The Make Up Of The Saint John Henry Newman Governing Body

The functions of the Governing Body are determined by Instrument of Government, a legal document which determines the ‘modus operandi’ of our Governing Body.

Once in post, each Governor is required to function fully as a member of the Governing Body in its role and function.  No Governor is there to represent a special group e.g. a Parent Governor is not appointed to become ‘the voice’ or the ‘ears’ of groups of parents.

Governors are normally elected or appointed to serve a term of 3 or 4 years, and can remain on the Governing Body for three terms of office (a maximum of 12 years). It would be impractical for all Governors to be appointed/elected so that their terms of office all come to an end at the same time for obvious reasons.  Under the most recent reconstitution Governors were appointed to serve varying years of service.

At The Saint John Henry Newman Catholic School, the Deputy Headteacher(s) and Extended Leadership Team are invited to all Governing Body Meetings.  This enables Governors to have full access to the Extended Leadership Team and allows leaders to present their areas of accountability directly to Governors.  The Deputy Headteachers are co-opted, which enables them to take part in discussions but not to vote other than in the various committees established by the Governing Body.

Queries about the management of the John Henry Newman School and the progress of any individual child should be directed in the first instance to the school via the usual channels.  However if you have any queries for the governors, please email:

Mrs Radcliffe, as Clerk to the Governors will pass on your query.